Exciting vegan cooking requires lots of imagination. I’ve always wondered: who was the first person to try this thing, and realise it was good to eat? I’m still getting over the whole Aquafaba craze: who would have thought you can make macaroons out of chickpea water? Jackfruit is another discovery that blows my mind: I knew all about the ripe, golden fruit. That you could use jackfruit in its unripened state as a substitute for meat never crossed my mind.

A lot of vegans have begun using jackfruit to make BBQ “pulled pork”. I’ve never had real pulled pork, but from what I hear, the recipe has fooled many meat eaters. I like making it in the summer, as it has quite a rich flavour, and tastes nice with a homemade potato salad.

I decided to try and use jackfruit with other sauces too. I had some cans lying around in the back of the cupboard, and a packet of sticky rice, and did some experimenting with teriyaki-style flavours. I was pleased with the results, and will definitely try it again. I even took some to work with me the next day for lunch.

Because this teriyaki sauce is thinner than your average BBQ sauce, it really soaks into the jackfruit, which might make it seem slightly dry. The way to tackle this is to save some of the teriyaki in another dish and pour it over the jackfruit before serving. Alternatively, use one teaspoon of corn flour mixed with one cup of cold water and add to the sauce to thicken. It’s my first recipe of this dish, so I’m sure I’ll be doing it many more times, tweaking bits here and there. I would also like to try it with agave syrup, or something thicker than maple. I’ve heard rice syrup is great with oriental-style dishes. Might give that a go. 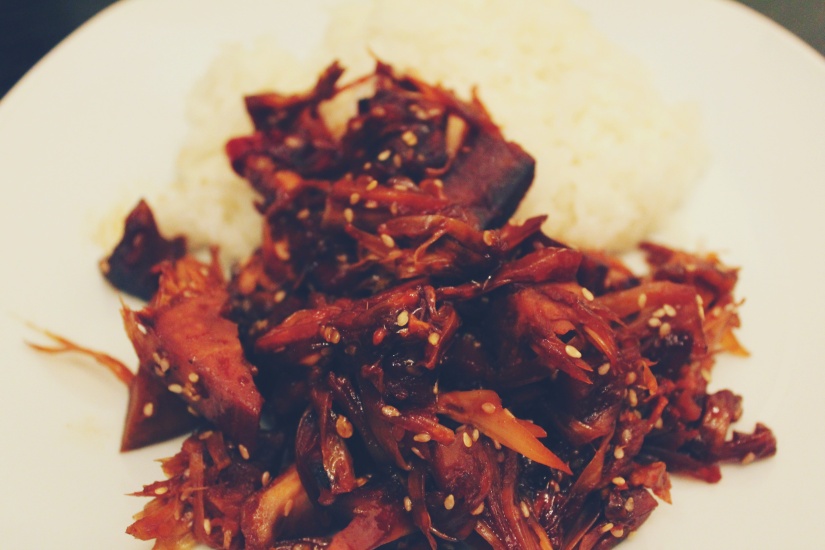 Hi! I'm Abi. I'm a cheesecake maker and I own a company specialising in vegan desserts. I love eating and creating fun vegan recipes that anyone can try. I've made this blog for you to follow my vegan journey and try some recipes yourself. I also do restaurant reviews, kitchen gadget unboxing and recommendations. I hope you enjoy! 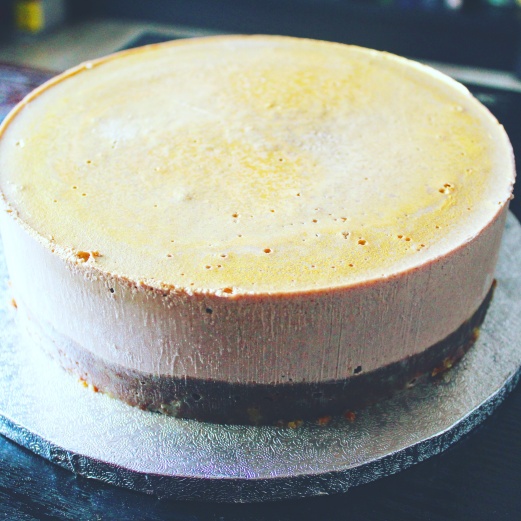 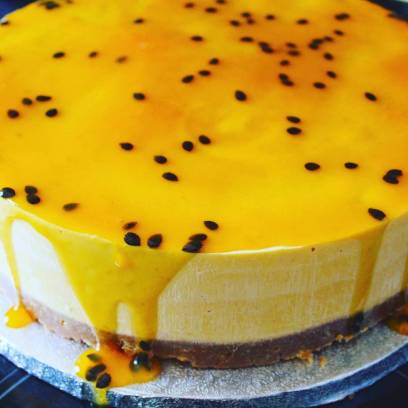